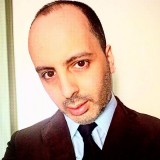 For the second year in a row, Benin is becoming a player in the digital revolution in Africa. Actors from the public sector and the private sector gather for 7 days to develop the digital ecosystem in Benin but not only because this year the event will be primarily international. The cradle of humanity is a young continent by its population and very creative in terms of entrepreneurship. More than a Beninese event it’s an African event that was wanted this year placing Benin as the leader and focal point of African energies. All this is possible thanks to the support of the Smart Africa alliance, which brings together 24 countries and a market of 600 million people.

Afro Tech is the heart of this event since it will be the moment to make a point and highlight the Beninese and African perspectives. An opportunity to see and marvel at African smart cities like Abidjan and Kigali for example. Models for African smart cities will be considered during SENUM.

The fintech will also be in the summary but no wonder when you know the mobile payment was born in Africa. Fintech is only the culmination.

It is impossible to speak digital without mentioning African startups. So, what a model of financing these actors in the business model flexible. It will also be the time for them to make and perfect their networks. Who says network says digital identity: a topic that will be discussed, discussed and thought of this event.

E-gouv and E-health: two other talking point. Africa is constantly talking about its creativity and the intellectual wealth of its population and it is time to see how these two themes are developed in Benin and more widely on the continent.

The eSport invites itself to the SENUM because the young and connected population is very active in this field and does not hesitate a moment to win against the best pro gamers global as we evoke it here. All African countries are seeing part of the youth engaging in eSports, a vector of entrepreneurship and growth in the world.

The African agricultural revolution: a theme and a contest during this event. Agriculture is a growth vector.

What better than a contest to make this event inclusive and creative. It’s not one but two competitions that will take place. The first, e-AGRI challenge, will focus on innovative solutions in terms of agriculture in Benin. Thanks to its tools, digital tools like IoT automate tasks performed by farmers. The second, DANXOME e-ART EXPO, will focus on digital art: the geniuses of digital creation will make their artistic soul speak for a work of art and be part of one of the 10 winners whose works will be exhibited during the AFRO E-ART EXPO.

An event that aims to be unifying but also visionary by making the cornerstones of an African digital future.